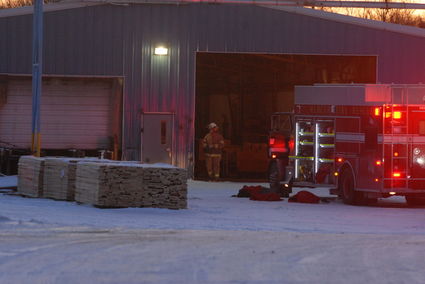 MEMBERS OF the Mercer Volunteer Fire and Ambulance departments remain on scene following a fire at Action Floors south of Mercer Monday afternoon. Multiple departments from the area responded to help put out the fire.

MERCER, Wis. - Firefighters from several area departments responded to reports of a fire at Action Floors in Mercer Monday afternoon.

Iron County Dispatch received the initial reports of the fire at approximately 2:36 p.m. at the facility just south of Mercer on U.S. 51.

Among those responding to the scene were the Mercer, Sherman-Springstead and Oma volunteer fire departments, as well as the Mercer Area Ambulance.

Reports on the scene indicate there was a fire in a building, as well as at least one trailer on site.

According to information fro...