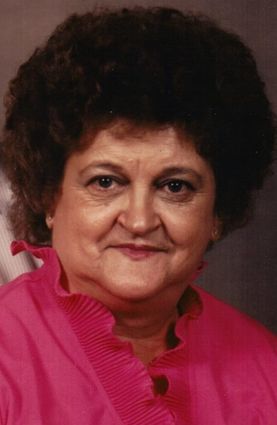 Mary was born on May 4, 1926, in Hurley, Wis., a daughter of Rade and Antonia Orlich. She attended Wakefield High School and graduated in 1944.

On Nov. 9, 1946, Mary married the love of her life, Vernie J. Halvorson, at Immanuel Lutheran Church in Wakefield. They were blessed with five children, and celebrated nearly 53 years of marriage before his passing on Aug. 26, 1999.

For many years, Mary and Vernie were the proprietors of Club 28 in Wakefield, and were very well known in the area for their delicious home made pizzas and Friday night fish fries.

Mary was a faithful member of All Saints Lutheran Church in Wakefield and its woman's circle and a dedicated member of the Ladies Auxiliary to the Veterans of Foreign Wars Post 9084 in Wakefield. When called upon, she was happy to work on the Wakefield Election Board.

Besides her husband, Vernie, she was predeceased by her parents; her father-in-law and mother-in-law, John and Alma Halvorson; her son-in-law, James DelFavero; three brothers and four sisters-in law, Mike and Flora Orlich, George and Blanche Orlich, Louie and Maureen Orlich and Bonnie Orlich; a nephew, Guy Orlich; a niece, Diane Hogan; her sister-in-law, Adelaide (Tom) Smith; and her two brothers-in-law, Howard (Carrie) Stavedahl and Ronald Zaicek.

A memorial service will be held Saturday, Nov. 30, at 11 a.m., preceded by visitation at 9:30 a.m., at All Saints Lutheran Church, 1202 Putnam St., in Wakefield, with the Rev. Bill Jacobson officiating.

The family would like to express their appreciation to the staff at both Sky View Nursing Center and Villa Maria Health and Rehabilitation Center for their compassionate and professional care and the many kindnesses extended to the family.