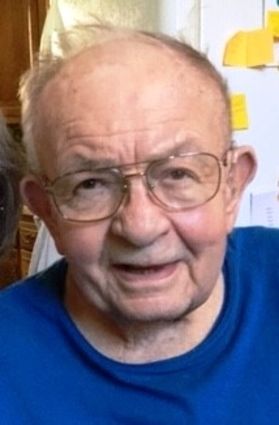 James "Jim" was born on Aug. 3, 1932, in Ironwood, Mich., to Philip and Hulda (Noreen) O'Leary. He graduated from St. Ambrose High School in Ironwood and completed his bachelor's degree at Marquette University in Milwaukee, and his master's degree at the University of Minnesota.

Jim was a much-lauded life-long teacher, starting his teaching career at Northland College in the late 1950s, where he coached various sports including the ski team, the track team and the hockey team. He is recognized at the Wisconsin Hockey Hall of Fame as coach of the first college hockey team in the state. At Northland, he taught math, business and accounting and was greatly involved in student life.

Jim was also a highly respected tax accountant, completing thousands of tax returns over his career. Up to the time of his death, he was in the process of completing tax forms for friends. Jim also was a Realtor with O'Malley and O'Leary Real Estate Firm in Cornucopia.

The "second act" of Jim's teaching career began in 1977 at Wisconsin Indianhead Technical College (WITC), where he continued to teach business courses, entertaining and inspiring his students until his retirement.

Jim was a model of civic engagement. He served on the Ashland School Board, gave generously of his time to the Cornucopia Men's Club, (working "the fry shack" for years as part of the annual Cornucopia Fish Fry) served as the "starter" for the Short Stop Golf Tournament in Ashland for countless years, and gave generously to various charities, often working behind the scenes.

Jim was proud of his Irish heritage. With his diminutive stature and infectious smile, he reminded many of a sort of benevolent leprechaun. He traveled to Ireland on several occasions with his wife, daughter and son-in-law, and had the opportunity to visit his ancestral villages in County Cork.

Jim was active in local Democratic politics for years, and was most proud of his photo taken with John F. Kennedy during Kennedy's run for the presidency in 1960.

Jim loved classical music, opera, the Boston Pops Orchestra, PBS, Viennese waltzes, reading cowboy novels, humor, his family, and above all else, the Green Bay Packers, a passion he shared with his son, Jim Jr.

Jim was in many ways a giant of a man, casting a huge shadow within which many found inspiration, acceptance, knowledge, laughter and love. He will be greatly missed by all who knew him.

He was preceded in death by his parents, Hulda and Philip O'Leary; brother, Jack O'Leary; sister, Kathleen DeRosier, and son, Sean.

To view this obituary online, sign the guestbook or express online condolences, visit the funeral home at bratleyfamilyfuneralhomes.com.