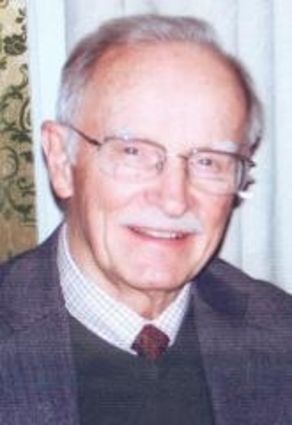 He is preceded in death by his parents, Rev. Howard F. and Elizabeth Reeves Mercer, and his brother John.

He is survived by his beloved wife, Vernelle, with whom he has enjoyed an unconditional love that has lasted over an endearing 60 years of marriage. He is also survived by his sister, Louise (Jim) Hardin; his brother-in law, Frederick (Shirley) Campbell; three children, David (Omaha, Neb.), Scott (Michelle, Stillwater, Minn.) and Greg (Lori, Seattle, Wash.); eight grandchildren, Elizabeth (Greg) Ermatinger, Andrea, David, Christopher, Drew, Caroline, Thomas and Cameron; and four nieces and their spouses.

Wayne was born in State Center, Iowa, on April 14, 1928, and graduated from Greene High School in Greene, Iowa, in 1945, where he was the editor for the 1945 yearbook. He was fond of sports, especially football, playing left end for the undefeated 1944 team and the one tie team in 1943. He was also an avid scout and was awarded the distinction of Eagle Scout from the Boy Scouts of America in September of 1945.

After high school, Wayne served in the U.S. Navy from 1945-46 in the Electronics Training Program and then moved to Iowa City to attend the University of Iowa as a proud member of the Hawkeye family! He obtained both his Bachelor of Science and Doctor of Medicine degrees from the University of Iowa before a second stint in the military, but this time he chose the army. He had the good fortune to complete his internship at Tripler Army Hospital in Honolulu, Hawaii, and then served as a medical officer for the 1343rd Engineering Battalion which included one year in Korea as the battalion surgeon with combat engineers.

Following his two years in the army, Wayne completed a residency in psychiatry at the Boston Veterans Administration Hospital and the Massachusetts General Hospital Children's Psychiatric Service. He was certified by the American Board of Psychiatry in 1960. After completing his training he took a position as a staff psychiatrist at the Veterans Administration Hospital in Pittsburgh, Pa., where he served as the chief of the acute and intensive psychiatric treatment ward. While in Pittsburgh, he met and fell in love with Vernelle and the two were married on Oct. 23, 1959.

Wayne and Vernelle moved to San Francisco, where Wayne assumed a position as a clinical instructor for the Department of Psychiatry at the University of California at San Francisco and served on the staff at the Langley Porter Neuropsychiatric Institute.

David, Scott, and Greg were born in 1960, '62, and '63 respectively, but in 1966, Wayne and Vernelle ventured back to the Midwest and moved the family to Washburn, Wis., and their beautiful home on Lake Superior where they spent the rest of their happily married life together.

In Wisconsin, Wayne was appointed the clinical director of the North Central Guidance Clinic in Ashland, Wis. He served as a psychiatric consultant to Gogebic County, Mich., Superior, Wis., Hayward, Wis., Rhinelander, Wis., and Iron Mountain, Mich., as the only psychiatrist in the region for quite some time. Wayne was also instrumental along with other members of his psychiatric team at obtaining federal funding for the development and building of a mental health wing at the Memorial Medical Center in Ashland.

Wayne was an active outdoorsman. He hunted, fished, sailed, golfed and especially enjoyed tending to his 5 acre field where he planted numerous crops and harvested berries for making jams, jellies and pies and picked apples for pressing to make apple cider. He also loved to play chess and cards. Pitch, Cribbage and Rook were his favorites. Wayne also took to motorcycling after he retired and had a memorable trip along the Lewis and Clark Route to Astoria, Ore., that he took with his good friend Clark Olsen.

Wayne had significant contributions in the community as well. He was one of the founders of the Washburn Community Education Foundation, serving on their Board of Directors. During his tenure with them, he compiled an album of all graduates of Washburn High School from 1920 through 2000, along with names and addresses from 1989-2009. He was also a member of the Ashland Elks Club and the American Legion. 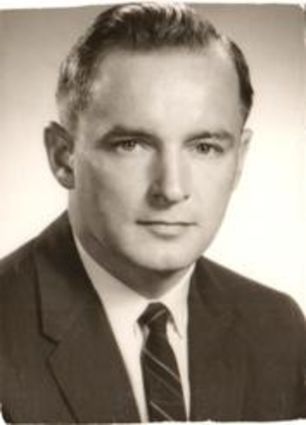 The passing of this wonderful and kind gentleman will leave a tremendous void in the lives of his family and in all of the many friends that were a part of his life. He was a loving husband, a caring father, a beloved grandfather, and a loyal friend.

A memorial service will be held 11 a.m., Friday, Dec. 20, at the United Presbyterian-Congregational Church in Ashland with Pastor James Deters officiating. The visitation and celebration of life will begin at 10 a.m. and continue until the hour of service.

Memorials may be directed to the Washburn Community Education Foundation; the UPCC Window Restoration Fund; or the University of Iowa College of Medicine General Scholarship Fund.