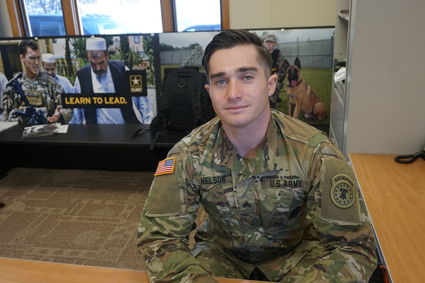 IRONWOOD - It was his life's ambition to join the military and Sgt. Steven Nelson will now share that passion with others as a U.S. Army recruiter in Ironwood.

"Growing up, I always wanted to be in the military, it didn't matter what branch," Nelson said.

As he got older Nelson started researching the special units including the U.S. Army Rangers and Special Forces and the U.S. Navy Seals.

"The Rangers, and snipers," Nelson said. "I thought, that's the kind of stuff I really want to do."

Nelson was a high school athlete, running track and pla...