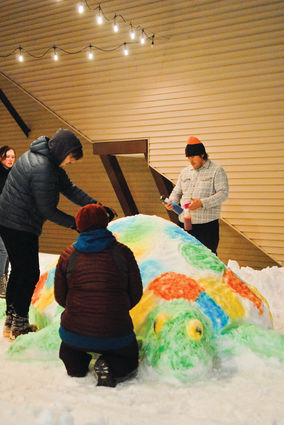 IRONWOOD - It may be the middle of winter and there's lots of snow on the ground across the Gogebic Range, but there were plenty of activities in Ironwood Friday during the city's monthly First Friday event, including a screening of "Caddyshack" at the Historic Ironwood Theatre.

So - to paraphrase Bill Murray's groundskeeper character, Carl Spackler - locals had that going for them, which was nice.