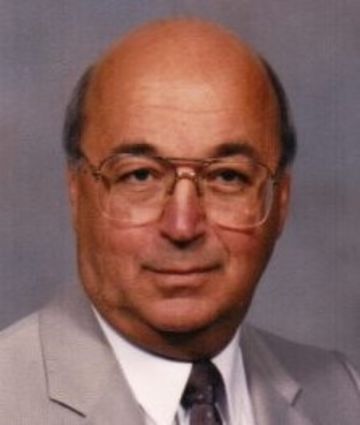 Don was born on May 28, 1937, in Iron River, a son of Edward and Florence (Sunn) Stanley. He attended Stambaugh Area High School and graduated in 1955. Don was an excellent student and an outstanding athlete in tennis, baseball, football and hockey. He was the U.P. tennis champion in 1954.

Don was a teacher and principal at the Stambaugh Area Schools and a supervisor, curriculum coordinator, principal and assistant superintendent at the Milan Area Schools. He retired in 1988 and moved to Little Girl's Point.

"A tribute from his fellow teachers and administrators listed him as an exemplary and revered authority - a man of conviction, kind, fair-minded, vigorous, stable - a comrade and leader both."

Don was a traveler, gardener, gourmet cook and lover of classical music and books by Thomas Merton.

He was preceded in death by his parents; a brother, Keith; and a sister, Lois Brey.

In accordance with Don's wishes, cremation will take place.

A Mass of Christian Burial will be celebrated at St. Ann's Catholic Church in Saxon. The date and time will be announced later.

Rite of Committal and interment will take place at Lakeside Cemetery in Wakefield.

Expressions of affection in a charitable contribution in Don's memory are suggested in lieu of flowers to St. Ann's Service Club, 200 Church St., Saxon, WI 54559.