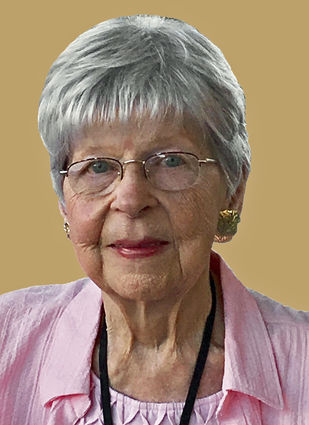 Miriam was born in 1928 and raised in South Carey, Wis. She attended elementary school in South Carey, and Hurley High School in Hurley, Wis., graduating in 1945. After high school she moved to Chicago, seeking employment in the big city.

In Chicago, she met Bill Koskela and they were married in 1946. They lived and worked in Chicago for the next 24 years, having two children early on in their marriage. Miriam was employed in the offices of several Chicago firms, and also owned and operated a small business with Bill. In 1970, they moved to Ironwood, Mich., where she was employed by J.C. Penney and Bill repaired televisions and radios. In 1980, they retired to live on the Koskela homestead in Tripoli, Wis .; and in 2003 moved to Tomahawk, Wis. Soon after Bill's death in 2004, Miriam moved to Arizona to be closer to her two children.

Miriam enjoyed Scrabble, trivia, crosswords, playing cards with friends and corresponding via email. She liked to sing and was a former member of the National Finnish American Festival Chorus in Kimball, Wis. She was also a member of the Tri-County Neighbors Club in Tripoli and the Sassy Classy Red Hat Ladies in Tomahawk.

A private family memorial service is planned. She will be laid to rest at Queen of Heaven Cemetery in Mesa.