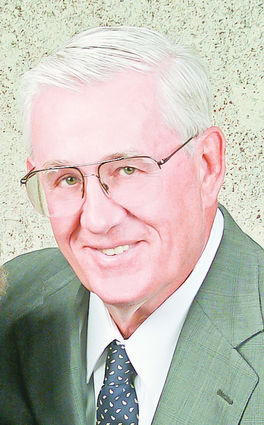 BRADENTON, Fla. - Gordon K. Stephens of Bradenton, and Manitowoc, Wisconsin, passed away on Monday, Jan. 27, 2020. At age 87, colon cancer and its ensuing complications took him from his beloved wife of 66 years, B. Joan Stephens (Wilson). His life ended with yet another great story: A Caribbean cruise, Mexican hospital, air ambulance, and a valiant struggle at Blake Medical Center in Bradenton. At the moment he passed, he was surrounded by his devoted wife, four sons, two daughters-in-law, and numerous grandchildren.

Gordon's love of Michigan's Upper Peninsula was epic. Torn from the U.P. as a young teen due to the economic pressures of World War II, he was educated at the Henry Ford Trade School in Detroit as a tool and die maker. His passion for the U.P. and love of its people drove many of life's decisions. Hunting, fishing, and exploring the Northwoods obsessed him, and in 1979, at age 47, he left a stable career to start a plastic injection molding company. On a handshake with the mayor, the site in Ironwood, Michigan, was chosen. The business thrived and a second division in Two Rivers, Wisconsin, was founded in 1987. Through the family's hard work and the company's dedicated workforce, the business eventually employed more than 200 employees. Gordon retired in 1999, his sons took over, and the company was sold to CTB, a division of Berkshire-Hathaway in 2010.

Even more than his love of the Northwoods, Gordon's love of his family was his guiding light. He raised four sons, Mark, Gregg, Rob and Scott. He found even more love through his daughters-in-law, Denise, Deena, Joanna and Vonia. Gordon and Joan's grandchildren (Rachel, Evan, William, Natalie, Harrison, Amanda, Kyle, Ewelina, Martin, Michelle, Spenser and Stuart) gave him inexpressible joy. He experienced each stage of their growth and was enormously proud of their achievements and who they have become. If he had one regret, it would be not being able to experience the same with his five great-grandchildren (and those yet to come!). His extended family was just as close to his heart - he is survived by his brother, Elvin; a sister-in-law, Jackie; as well as his many nieces and nephews that will dearly miss their Uncle Gordon.

Living every minute of his life to its fullest, Gordon taught us what is possible. His formal education consisted of "just" a high school diploma. He embraced lifelong learning. He was extremely well read and loved history and travel. In his 50s, he became a private pilot and eventually earned his IFR qualification. At age 61, he rode his bicycle coast-to-coast in 43 days from California to Georgia. He attempted the northern route a few years later, but went over the handlebars in Coeur d'Alene, Idaho, in a rainstorm and broke his collarbone. Armed with his golf clubs, he flew his Cessna 182, N91705, from Sarasota to King Salmon, Alaska, and later to Canada's Prince Edward Island. Later, he quested to break 100 in golf, but the camaraderie of the course was most important.

He was preceded in death by his parents, Vincent and Amanda; his sister, Dorothy; and his brother, Richard.

A memorial service is planned for 3 p.m. on Saturday, Feb. 1, at the Brown & Sons Funeral Home in Bradenton. Immediately thereafter the family with host a get together at the Perico Bay Clubhouse.

In lieu of flowers, please consider a donation to the American Cancer Association, Shriners Hospitals for Children, St. Jude Children's Research Hospital, or the Alzheimer's Foundation.