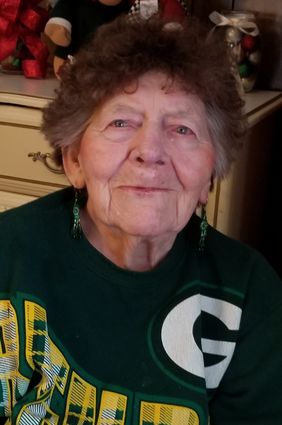 Rose was born on July 14, 1928, in Lac du Flambeau, Wisconsin, into what would eventually be a family of 10. As a young girl, she enjoyed the outdoors including fishing, waterskiing and playing music with her dad. Her idol was Loretta Lynn because they had similar upbringings and loved music.

On May 23, 1947, Rose married Vern Blomberg Sr., and together they had three sons, Verner, William "Billy" and Jeffrey. They later divorced.

On April 6, 1962, she married Robert Blomberg, and together they had a daughter, Rose Marie.

Rose worked as a nurse's aide at Victory Memorial Hospital in Waukegan, Illinois, in the labor and delivery department until giving birth to her daughter. Later she worked at Crown Manor Nursing Home in Zion, Illinois.

In 1987, Rose and Bob retired and returned to their homestead in Bessemer, where they took pleasure hunting, fishing, gardening and entertaining friends.

She played the guitar and harmonica, an occasional stomper and loved to sing and dance. Rose had a heart of gold and would do anything in her power to help out a family member or a friend.

She was very proud of her Native American heritage and believed to be the oldest living member of the Chippewa Tribe of Lac du Flambeau.

The family would like to thank the staff at the Gogebic Medical Care Facility in Wakefield for their professional and caring service.

In accordance with Rose's wishes, cremation has taken place.

A memorial service will held at a later late.