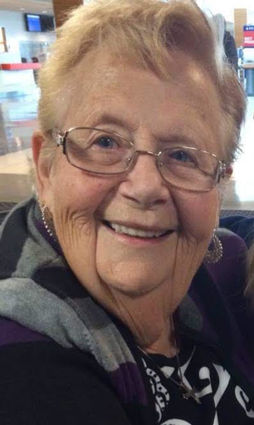 Gloria was born on May 25, 1926, in Bessemer and was the daughter of Elofe and Lillian (Whayman) Nystrom. She graduated from Bessemer High School in 1944. She married Vaughn Kuster on June 27, 1953, in Detroit. He preceded her in death in 2010.

Gloria completed a cosmetology program and began her career as a beautician in Ironwood, Michigan. After a few years, she moved to Detroit, where she became a secretary for Frisbee Moving and Storage and met Vaughn. Once married, they decided to return to Bessemer where they raised their family. Following Vaughn's retirement, they moved to Florida but continued to enjoy their summers in the Bessemer area.

Gloria was a member of the American Legion Auxiliary, Bessemer; Order of the Eastern Star, Michigan; Daughters of the King; Holy Cross Episcopal Church, Winter Haven, and Episcopal Church of Transfiguration, Ironwood.

Gloria was a kind and caring person in which she shared her love and welcoming spirit with everyone. Her outgoing personality endeared her to many.

Upon her request, cremation has taken place and a memorial service will be held this July in Ironwood.