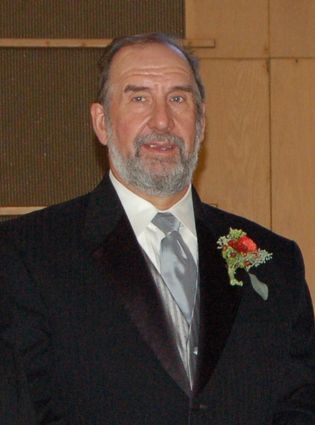 Bob was born on Jan. 18, 1948, in Seattle, to Michigan natives Ferdinand and Ruth (Sahinoja) Micheletti. Early in Bob's life, the family returned to their Michigan roots and settled in Matchwood. Bob graduated from Bergland High School and attended Gogebic Community College. On June 13, 1970, he married Deborah (Debbie) Ann Lonchar, with whom he had three children, Angela, Robert (Tony) Jr. and Matthew.

Settling in Bergland, Michigan, Bob began a long career in maintenance at the White Pine Copper Range. He was an active member of the union therein, eventually serving as its president. His leadership and characteristic responsibility extended to other interests, including his time as a board member on the Ewen-Trout Creek School Board.

Bob was an avid sportsman and enjoyed fishing, trapping and hunting. Affectionately known as "the Bobfather," his sense of humor and timeless stories were responsible for countless memories and laughs over the years. Bob was dependable not only for bringing joy, but also in his devotion to family. For him, family did not end with flesh and blood, and Bob was a pillar for his friends, neighbors, and communities throughout his life. Powerful in his selflessness and with a code of ethics that was unmatched, his was a truly rare spirit. Though his absence will be sorely felt and deeply mourned, his legacy is cemented in the hearts of all who knew him.

In lieu of flowers, donations can be made to the Ontonagon Valley Sportsmen's Club in Bob's memory.