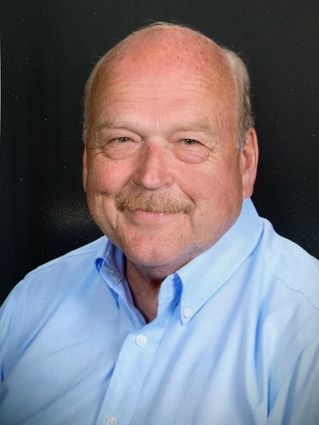 MERRIWEATHER, Mich. - Philip Laurie Wirtanen, 75, of Merriweather, passed away suddenly on Saturday evening Feb. 1, 2020. Philip was the beloved son of Toivo Richard and Siiri (Johnson) Wirtanen and born in Ironwood on July 15, 1944. He attended Ironwood schools and was active in the ski club and debate team at Luther L. Wright High School from which he graduated in 1962.

Phil received an Associate of Arts degree from Gogebic Community College, 1964; Bachelor of Science, University of Wisconsin, 1966; Master's of Science, University of Wisconsin, 1967. He was an instructor for the University of Wisconsin from 1967-1969. Phil began his illustrious career with Employers Insurance of Wausau in 1969 as a sales representative. He assumed positions of increasing responsibility over the tenure of 29 years until his retirement in 1998 as the sr. vice president of the Southwest Region in Dallas, Texas. He earned a number of professional designations and achievements during his time with Wausau. He enjoyed his job and the many friendships he made through his association with the company. Phil joined Reidman Insurance, in Onalaska, Wisconsin, as the managing director and officially retired in 2002 when his focus shifted to where he felt called and could be a significant contributor.

Lake Gogebic held a special place in his heart. He would spend each summer of his life at his family's cottage on the west shore and, ultimately, his cottage and home. Many good family hours were spent at the lake. He was fortunate to be surrounded by his elementary school friends, many of whom also lived near the lake.

Phil was very involved as the longstanding president of the Lake Gogebic Improvement Association, and his legacy will be written in its waters, which he intensely protected. He was always willing to contribute effort and time. That dedication also extended to his charter membership and subsequent chairmanship of the Western U.P. Citizen Advisory Council for the Michigan DNR. His commitment was driven by a love of the outdoors, especially fishing and the tradition of hunting, which began with his father and uncles and continued with his brothers. On the sports side, he was an avid skier, golfer, and active member of the local horseshoe and dart-ball leagues.

His faith and service to God and his Church were also a significant part of his life. He served faithfully in various roles and as Church and Parish Council President. He also served at the national convention for the Great Lakes Synod as a representative. His most current position was a council member on the ELCA National Church Council. The people of St. Paul Lutheran Church were an extension of his family, and he looked forward to spending time with them over a homemade bowl of Kalamojakka.

Phil was the consummate stoic Finn. He was 100% Finnish and wore his heritage like a badge of honor. From his participation on the Finnish Council to being a member of the Sibelius Men's Choir, he was fervent in perpetuating Finnish-American culture in America. He would talk to anyone who would listen to him pontificate about the virtues of being Finnish. Often seen wearing a Suomi t-shirt, he was a true Finn who loved a hot sauna and a brisk jump in the lake afterward.

In accordance with Philip's wishes, cremation has taken place.

Memorial contributions may be made to the memorial fund of St. Paul Lutheran Church.

Phil was a central and important figure in many people's lives as a husband, father, brother, son, grandfather, uncle and friend. His intellect, humor, strength, constant support and unwavering love will serve as an inspiration for many years to come. Our faith is certain that he is now with his beloved son and parents. Godspeed and welcome home.