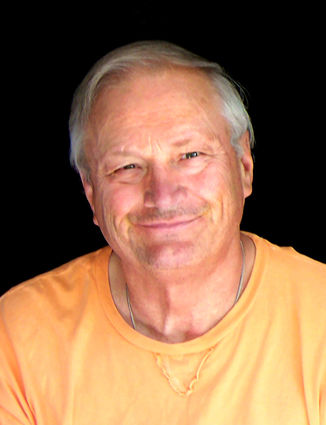 He was born on June 30, 1949, in Wakefield, Michigan, to Raymond and Katherine (Grivicich) Sibley as one of six children. After graduating from Wakefield High School, Bob joined the U.S. Army where he served as a clerk typist in the Vietnam War. After the Army, he worked for CCI Mine and took classes at Northern Michigan University. Bob graduated with a bachelor's degree in criminal justice from NMU.

On July 18, 1981, Bob married Kristine Zanetti, of Bessemer, Michigan, who was the love of his life. Soon after starting a family, Bob worked for the Mid Town Police Department and the Ishpeming Police Department. Living with his family in Ishpeming, Bob was an incredible father to his two brilliant children.

After over 29 years, Bob retired from the Ishpeming Police Department in 2009 to enjoy the outdoors, community events and life at home with his wife. A few years later, Bob was hand selected by the state to be a U.S. Marshall at the Marquette County Courthouse. Bob again looked forward to another retirement.

Bob and Kris started traveling to Lake Havasu City, during the winters to enjoy being snowbirds with their friends. He enjoyed watching the Green Bay Packers, the Chicago Cubs and the Golden State Warriors. Bob regularly attended NMU football games and high school games with family and friends. He regularly met with friends to play cribbage.

We will remember his homemade salsa and delicious garden vegetables he shared with everyone. Bob always sent his two children in California boxes of Yooper chocolates and caramels to remind them of home. His love for the outdoors included gardening, fishing, four-wheeling, hunting, target shooting and volunteering. Most of all, Bob cherished the time spent with his family, grandchildren, friends and his dog, Lucy. He was a loving Grandpa to his grandchildren who liked to FaceTime him almost every day.

He was preceded in death by his father, Raymond Sibley.

A memorial Mass will be held at 11 a.m. on Saturday, April 4, at Saint Joseph Catholic Church at 1889 Prairie Ave. in Ishpeming, for a Mass of Christian Burial. A luncheon will follow the services in the church hall.