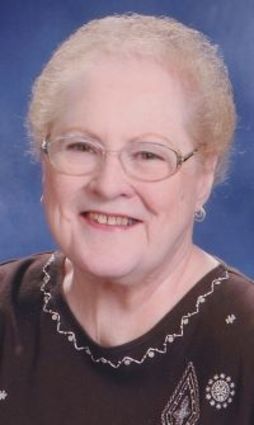 She was born on Jan. 17, 1937, in Ironwood, daughter of Axel and Laura (Foss) Jacobson. She attended Central Grade School and graduated from Luther L. Wright High School in 1954.

On June 2, 1956, Carol was married to Richard "Dick" Johnson at Grace Lutheran Church in Ironwood by the late Rev. John Kendall. Dick preceded her in death in 2006.

She was employed by Cohodas Paoli Warehouse after high school and continued working there until they closed the office. In 1981, her husband started Johnson Carpet Dry Cleaning, and she did the bookkeeping for that business until they retired in 2004.

Carol was a member of Salem Lutheran Evangelical Church in Ironwood and belonged to the women's group. She was a Girl Scout leader at Central School for several years and enjoyed reading, knitting, cooking, doing crossword puzzles and watching trivia game shows. Her other favorite pastime was keeping in touch with all her loved ones across the country over the phone.

She was preceded in death by her parents, Axel and Laura Jacobson; husband, Dick; grandson, Jeremy in 2007; and brothers, Donald and Robert Jacobson.

Carol is survived by a son, Mark (Debbie) Johnson of Horseheads, New York; daughter, Linda (Gary) Wittbrodt of Traverse City; grandsons, Matthew of Atlanta, Georgia, and Benjamin of Charlotte, North Carolina; sister, Nancy Hill of Ironwood; sisters-in-law; and nieces and nephews to include her special nephew and godchild, David (Cookie) Hill and their daughters, Leighton and Talia.

A memorial service will be held in the spring at Salem Lutheran Church in Ironwood.

Carol's ashes will be spread at the same location as Dick's in the spring.

Memorial contributions can be made to Hope Animal Shelter, P. O. Box 261, Ironwood, MI 49938 or at myhopeanimalshelter.org.

The family has chosen McKevitt-Patrick Funeral Home, Ironwood, to honor Carol's legacy of life. You can leave a condolence or a tribute at mckevittpatrickfuneralhome.com.