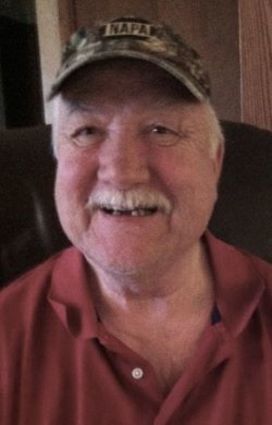 Duane was born Nov. 10, 1950, in Wakefield, Michigan, son of Filmore and Ruth (Turula) Johnson. He attended Ramsay grade school and graduated from A.D. Johnson High School in Bessemer, Michigan, in 1969.

He battled cervical problems and heart disease for many years. He was injured while working on an Iron Range Mine in Minnesota in 1980 and became disabled. He filled many roles in life as a son, brother, husband, father, grandfather,and great-grandfather.

Duane loved the outdoors and was an avid fisherman and hunter into his later years. He was a loyal and dedicated fan of his favorite team, the Green Bay Packers. He also thoroughly enjoyed playing in the weekly dart ball league.

He was united in marriage to Nancy Kangas on Feb. 4, 1978. Together they were blessed with and raised three children.

He was preceded in death by his parents, Filmore and Ruth Johnson; sisters, Shannon Crosby, Annette Johnson and Victoria "Honey" Ritmiller.

A memorial service will be held at Frick-Zielinski Funeral Home in Bessemer, on Friday, March 13, at 11 a.m. with Pastor Steven Hyvonen officiating, preceded by a visitation from 10 a.m. until the time of the service.

The family has chosen Frick-Zielinski Funeral Home, Bessemer, to honor Duane's legacy of life. You can leave a condolence or a tribute at rangefuneralservices.com.