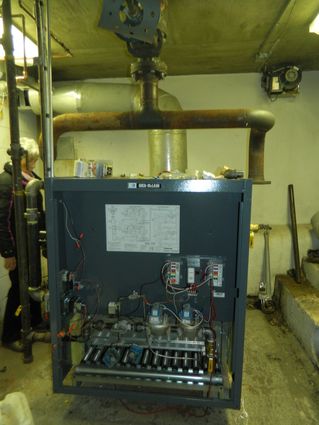 Juliette Kangas looks at the new steam boiler that is being installed at the Iron County Historical Museum on Tuesday in Hurley, Wis.

"We had a near disaster," said Juliette Kangas of the Iron County Historical Society. "All the electrical board, everything in it melted."

According to Kangas, Tony Mukavitz, of Mukavitz Heating, in Ironwood, told them that it was a miracle the building did not burn down.