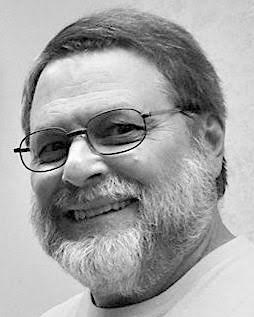 Born in Cleveland, Doug was raised in Cleveland Heights, Ohio. In high school, he was active in sports and spent hours tinkering with a beloved Mustang sports car. Doug then attended Carnegie-Mellon University, where he participated in a five-year program, culminating in a master's degree in public administration.

Following his time at Carnegie-Mellon, Doug moved briefly to Oshkosh, Wisconsin, where he worked in public administration. Doug quickly relocated to Ironwood, Michigan, a place where he established roots and developed long and enduring friendships. He loved being a part of a small community, surrounded by the beauty of the Upper Peninsula. Doug had an independent spirit and held a variety of jobs, including a roto-tilling business. Most recently, he was particularly fond of his volunteer effort at the Historic Ironwood Theatre. He was an avid gardener and took great pride in his lilies. Over the years he played community softball and dartball. Doug was a life-long and enthusiastic fan of the Cleveland sports teams.

Doug was the middle child of five siblings, in a close and supportive family. He was preceded in death by his brother, Rodger.

A celebration of his life will be held on Saturday, April 18, at McKevitt-Patrick Funeral Home in Ironwood, at 11 a.m. with Pastor Michael Hill officiating, preceded by a visitation from 10 a.m. until the time of the service.

The family has chosen McKevitt-Patrick Funeral Home of Ironwood to honor Doug's legacy of life. You can leave a condolence or a tribute at mckevittpatrickfuneralhome.com.