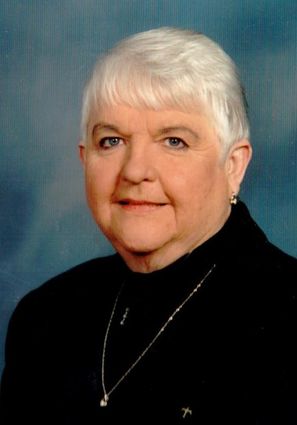 GREEN BAY, Wis. - Mary Ann Colassacco, 81, passed away peacefully on March 16, 2020, with family by her side at Alpha Senior Concepts in Green Bay.

Mary never met a stranger as she befriended everyone she encountered. She gave selflessly to everyone in her life. Mary was a lifelong nurse, initially in the hospital then the nursing home and finally as a public health nurse for Marinette County. A member of St. Mary Catholic Parish, she was involved in many church activities, including traveling to the elderly and shut-ins giving out Communion.

She loved spending time with her family at the cottage swimming, telling stories around the campfire, and cooking up delectable dishes. Every day spent together was unforgettable - filled with love, laughter and joy.

Along with her parents and husband, Lawrence, she was preceded in death by her father- and mother-in-law, Fiore and Anna Colassacco; her four brothers, Robert, John, James and Earl T; her sisters-in-law, Grace Dennison and Jackie Alexandroni; and brothers-in-law, William Colassacco and Louis Alexandroni.

Private family services will be held for now. With Mary being a public health nurse she would not want to put her friends and relatives at risk during this time, so a funeral Mass will be held and announced at a later date. Berth & Rosenthal Funeral Home is assisting the family with arrangements.

The Colassacco family would like to thank Kaitlyn Borman and the rest of the staff of Alpha Senior Concepts in Green Bay for their compassionate and loving care of their mother.