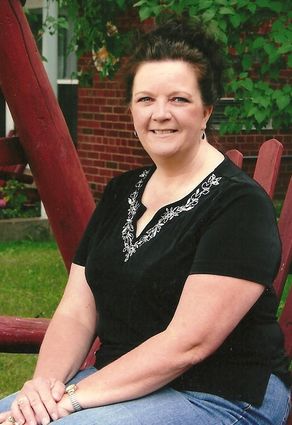 WAKEFIELD - Debra Ann Granato, 60, entered into eternal life unexpectedly on March 19, 2020. She was born in Waukegan, Illinois on Aug, 17, 1959 to the late Clifford Mattila and Ruby Brackney.

She graduated from Wakefield high school in 1977 where she participated in anything she could be involved in. She carried this desire to be involved through her entire life. She married the love of her life, John Granato, on Nov. 30, 1979.

They had four children, Nicole (Dion) Delfavero of Wakefield, John (Amanda) Granato of Greenville, Wisconsin, Shannon (Kristy) Granato of New London, Wisconsin, Michael (Colleen) Granato of Negaunee and stepson Nathan (Emily) Grenfell of Rudyard. She had 13 grandchildren, Laine, Antonio, Jennah, Bryce, David, Emily, Emmett, Scarlet, Grace, Kaitlyn, Fynn, Bella and Grady. She made each and everyone of them feel like they were her most prized possessions. She nurtured the lives of not only her own children, but over the years many nieces, nephews, family and anyone that needed her.

She was preceded in death by her father, Clifford Mattila.

Survived by her siblings, Clifford (Duck), Keith, Becky (Joe) Buchko, Ted, Mike (Violette); step-brother, Jeff (Karen) Begalle; her mother, Ruby; step father, Richard Brackney and her step mother, Carol Mattila. She also had countless nieces, nephews and family that all adored her. All lives that she touched will forever be better because of the example she set.

She was employed at Gogebic Medical Care Facility for many years along with Club 28 as a cook. She and John then made the decision to manage what was formerly known as Keenagers (Divine Infant) where she spent the next 24 years of her life dedicated to the many residents in her care. They adored her as she was not only their caregiver but their trusted friend. She would often take them on various outings or to the family camp 'Dagos Den' on Lake Gogebic.

Her smile made you feel welcome and her laugh made you want to feel joy. She was one of the most selfless, compassionate, kind souls to walk the earth. She always had an ear to listen, a warm hug to give, a place to stay or a plate of food to offer. She was the glue that held the entire family together and no expense was spared to make every family gathering memorable. Christmas gatherings were her favorite. Great food, fun games and anything the grandkids wanted! She made certain everyone was fed like royalty, and that the kids were up to date with the latest trends. She never missed an opportunity to sit with the kids to color, play, cook, toss a ball, and play cards or games. It was nothing for her to pick up and drive hours to make it to one of the kids sporting events, she always loved cheering them on no matter the sport.

She was a bingo lover even to the last seconds of her passing. She would often take anyone willing to go along to the bingo hall, and quarter bingo was often played at family gatherings. She loved movies, board games, cards, and anything that involved a friendly competition.

The community will grieve her loss for years to come. She was known by all, as she did so much for all. Wakefield's fireworks are known for miles around, and had it not been for her being such a big part in fundraising efforts it couldn't happen. She spent hours in preparation for the town picnic, 50/50 raffle, ordering food, organizing entertainment and festivities. She then spent long hours serving the hundreds of people who came to enjoy the picnic. She did it with such grace and never once complained.

Due to unfortunate circumstances, the decision was made to have a celebration of life at a later date. Details will be made public as they are known.