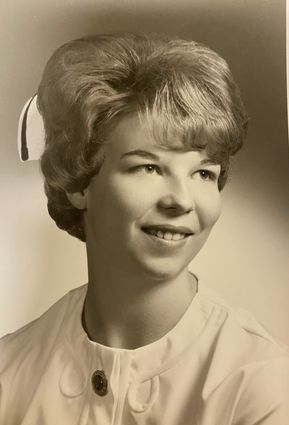 She was born on April 18, 1944, in Bessemer, Michigan, to E. Harry and Elizabeth (Giacomino) Smith. Jeanne married Anthony Gulan on April 23, 1966, at St. Mary's Catholic Church in Hurley.

Jeanne attended St. Mary's Grade School in Hurley and graduated from J.E. Murphy High School in 1962. She received her R.N. certification from St. Mary's School of Nursing in Wausau in 1965, and later received her Bachelor of Science in nursing from the University of Wisconsin-Superior in 1986.

In her 32 years of nursing at Indianhead Medical Center in Shell Lake, Jeanne held many different titles - from floor nurse to Director of Nursing/Assistant Administrator. Upon retirement from Indian Head Medical Center, Jeanne became a travel nurse; this provided her with the nursing opportunities in Arizona, South Carolina and California.

She was a member of the Indian Medical Center Auxiliary, Shell Lake Lioness Club, St. Joseph CCW, and other local and professional organizations. Jeanne also partook in numerous outdoor activities such as golfing, biking, skiing, fishing, walking and gardening.

Jeanne is survived by her husband of 54 years, Tony; daughter, Toni Leigh (Al) of Coon Rapids, Minnesota; son, Robert (Jill); and three grandsons: Adam, Ryan and Ben of Union Grove. She is further survived by other relatives and friends.

She was preceded in death by an infant son, Jeffery; her parents; and her sister, Marlene Baron.

Services will be held at a later date.

Cremation Society of Wisconsin, Altoona, is assisting the family. To leave the family an online condolence, visit cremationsociety-wi.com.