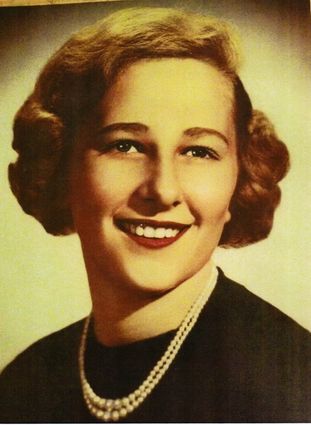 Grace was born June 9, 1933, to the late Henry and Pearl (Gamache) Ellis at home, in Puritan Location. She graduated from Luther L. Wright High School in 1951, and began employment at Sher's Grocery Store.

On Oct. 17, 1953, she was married to Donald G. Cvengros at St. Ambrose Catholic Church in Ironwood. He preceded her in death.

As a devout Catholic, Grace was a member of Our Lady of Peace Catholic Church. She served as a proud member of the Our Lady of Peace Prayer Group, Resurrection Choir and worked as an assistant in the Religious Education Program. She also worked at the Green Thumb Center and the White Pine Transit Company.

Besides her parents and husband, she was preceded in death by two sisters and two brothers, Elaine, Beverly, James and Wilfred.

The family would like to thank the staff at Westgate Nursing, Rehabilitation and Assisted Living Community for their loving care and compassion and Jerald J. Rocco with Lakeside Memorial Chapel, Inc. for handling the arrangements.

A Mass of Christian Burial will be announced at a later date.

In lieu of flowers or monetary gifts, the family requests donating to a charity of choice.