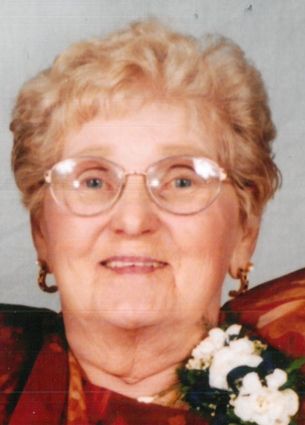 Born in Ironwood, Michigan on April, 11, 1922, she was the daughter of the late Anthony and Louise (Ritmanich) Stimac. She attended Luther L. Wright High School.

She was a member of Our Lady of Peace Catholic Church in Ironwood.

In 1938 Mary was united in marriage to Toivo Maki. After 42 years of marriage, Toivo preceded her in death in 1980.

Mary loved cooking, baking, playing cards and dancing to Polka music. She was known as the matriarch of the neighborhood that everyone came to for guidance.

In addition to her parents, she was preceded in death by her husband Toivo Maki; her brother; and her four sisters.

Funeral services honoring Mary's life will be held at a later date. Inurnment will take place in Ironwood Riverside Cemetery.