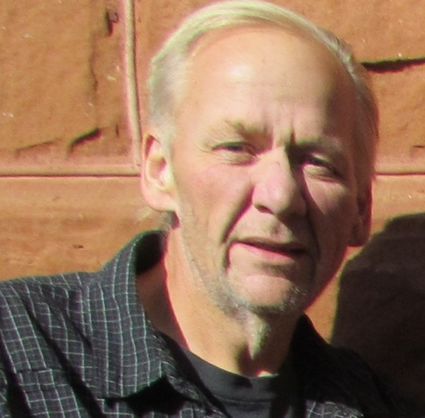 Jim was born on July 23, 1963, in Chicago, to Alice Allen and Richard Saari. He graduated from high school in Eugene, Oregon, in 1982, went on to get an Associate Degree in graphic arts and design from Gogebic Community College in Ironwood. While he was at GCC, he met and married the love of his life, Carol (Kuduk) Saari, on May 21, 1988.

He started his printing career at the Iron County Miner, then went on to work at various printing jobs in the Houghton area.

He returned to Ironwood and worked for the Ironwood Daily Globe, and in 2000 opened his own business, Saari Signs and Designs, until health issues in 2010. His love of fairs and festivals led to him to serving 10 years on the Gogebic County Fair Board.

He was a great man who will be missed by everyone who got the privilege to meet him.

As per Jim's request cremation has taken place.

A private celebration of his life will take place at a later date.

Funeral arrangements have been entrusted to Jerold Rocco, owner and manager of Lakeside Memorial Chapel in Wakefield, Michigan.