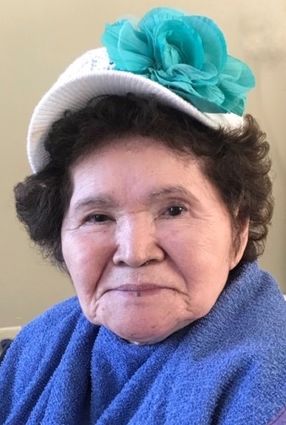 She was born on Sept. 8, 1932, daughter of Kamara and Matsu Yamashiro.

With her growing family, she lived in several states including Michigan, New Jersey, North Carolina, North Dakota, Alaska, Texas and Wisconsin. Mieko was a loving wife, mother, grandmother and great-grandmother who held a deep faith. She sewed clothes for her kids when they were young; and in her earlier years, she delighted in jigsaw puzzles, cross-stitching linens for her home, and soon began flower gardening and eventually began avidly vegetable gardening. She also enjoyed her frequent visits to the casino and was quite the Packer backer!

She loved spending time with her large family especially at her special birthday parties and during the holidays. Every gathering included joking, teasing and laughing at any time until tears rolled; those were particularly special memories.

She proudly became a U.S. citizen in 1963, shortly before her fifth child was born. She was a people person and especially loved her regular customers where she waitressed for several years at the Hurley Holiday Inn.

As her health allowed, she volunteered in community art events with her daughter, Arlene. She lived in Ironwood for more than 30 years until shortly after her husband died, then moving to Hurley for a few years, then to Stevens Point, then to King, making moves as her health required.

We are deeply grateful to those who have helped care for her in her waning years and grateful for the condolences from family and friends. Special thanks to the Wisconsin Veteran's Home in King, Thedacare Hospice and Heartland Hospice, and all their staff for the care, love and support given to our mom and our family.

She was preceded in death by her husband, Stanley Kasieta; and son, Keith Kasieta.

In lieu of flowers, the family asks donations to be given to Our Lady of Peace Catholic Church in Ironwood, or Lewy Body Dementia Association.

The family has chosen McKevitt-Patrick Funeral Home, Ironwood, to honor Mieko's legacy of life. You can leave a condolence or a tribute at mckevittpatrickfuneralhome.com.