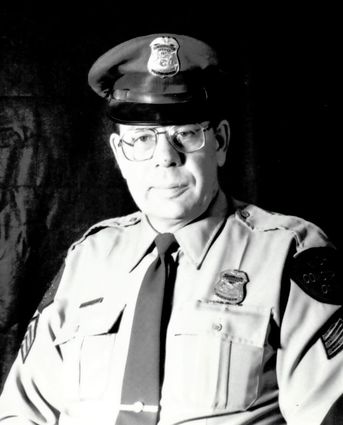 Terry was born Jan. 31, 1941, in Norway, son of the late John and Ada (Hammill) Lindholm. As an 8-year-old child, Terry took the opportunity to show off the survival skills taught to him by his father by surviving a night in the woods alone, even making himself a bed of leaves to keep warm. He graduated from Iron Mountain High School in 1959 and enlisted in the U.S. Marine Corps where he served four years as a small weapons mechanic.

On July 18, 1970, he married Constance "Koni" Chiochios in Watersmeet. Terry, a conservation officer, worked out of the Baraga office of the Michigan Department of Natural Resources. During his 25 year career, one of his highlights was being an integral part of the 1985 moose and wild turkey exchange with Canada. At the time of his retirement in 1993, Terry was one of the highest ranked officers in Upper Michigan. In 1997, he and Koni moved to the family farmstead in Iron Mountain.

He was a member of Trinity United Methodist Church in Iron Mountain, the American Legion Post 417 of Watersmeet, the Masonic Lodge of Ewen and Trout Creek, Whitetails Unlimited of Ontonagon County where he was inducted into the Hall of Fame, and a life member of the North American Hunting Club. He was also a member of the Iron Mountain Parkinson's Support Group, bragging that he was the most decorated member, as he had been invited to partner with the Michael J. Fox Foundation. This collaboration resulted in today's successful version of the Deep Brain Stimulation (DBS) surgery.

He was an avid outdoorsman and enjoyed hunting and fishing. He also enjoyed trips to the casino and wintering with his wife, Koni, in Bull Shoals, Arkansas, for 16 years. Most of all, Terry loved spending time at camp, teaching his grandchildren how to cheat at cards.

In addition to his parents, Terry was also preceded in death by his father- and mother-in-law, Samuel and Fern Chiochios; and a nephew, Blake Chiochios.

A visitation and memorial service at Trinity United Methodist Church in Iron Mountain will be held at a later date and will be announced when restrictions on public gatherings are lifted. Burial will be in Iron Mountain Cemetery Park.

Condolences to the family of Terrance K. Lindholm may be expressed online at ernashfuneralhomes.com

The family has entrusted the Erickson-Rochon and Nash Funeral Home of Iron Mountain with the arrangements.