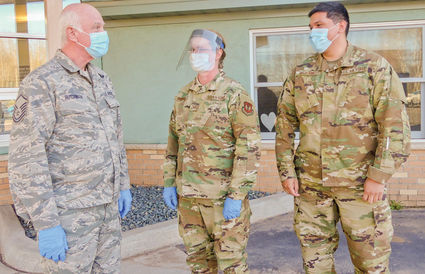 "We know that we have such a vulnerable population," said Georgia Weber, GMCF administrator, who said the tests were being conducted as part of the nursing home's ongoing infection control processes.

"We're under the direction of the Army," said Willie Hutchinson, NCOIC, who was heading up the operation at GMCF.

He said his group was assigned to go to "different cities, different nursing homes" th...