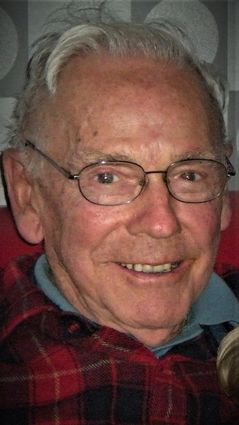 Donald was born March 1, 1929 in Ironwood, a son of William and Louella (Manchester) Ludlow. He graduated from Luther L. Wright High School in 1946. On Aug. 11, 1948, he married Dolores Arasim. His first job as a youth was working for Lutey's Greenhouse where he developed his life-long interest in gardening. Don received his watch-repair training in Chicago in 1949 and for the next 25 years, repaired watches of all makes for area residents. He worked as a miner in the area iron and copper mines. He finished his work career at Astronautics in Hurley, Wis.

Don and Dolores were charter members at Eagle Bluff Country Club where they golfed over 50 years. They also reached the master's level in duplicate bridge. Don served as director of the bridge club for many years. He was also an accomplished wood carver and won awards for several bird carvings. After Don retired in 1972, they enjoyed winters in Arizona, Florida and Texas.

He is survived by his children, Donna (David) Meier, of Eau Claire, Wis., Michael (Vickie) Ludlow, of Crawford, Colorado, James (Mary) Ludlow, of Sobieski, Wis .; and a brother, William (Dolly) Ludlow; sisters, Delores Trolla and Joyce (Donald) Niemi; as well as many grand and great grandchildren. He was preceded in death by his wife, Dolores C Ludlow; his parents, William and Louella (Anderson) Ludlow and sister, Audrey Hill.

Heartfelt thanks to his golf partners at Eagle Bluff, all the people at the Hurley Senior Center, staff and residents at Country Villa Assisted Living and the staff at St. Mary's hospital.

Due to the COVID-19 pandemic, a private burial in the Ironwood Cemetery will be held at a later date.