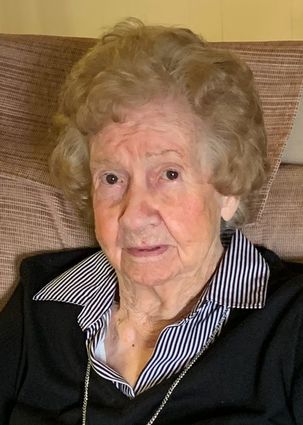 HOWELL, Mich. - Loretta Edith Pihlaja, 98, of Howell, passed away peacefully at her home, early Monday afternoon, May 11, 2020, while surrounded by her loving family.

Born on Sept. 19, 1921, in Ironwood, she was the daughter of the late Thomas D. and the late Edith E. (Nicholls) Slade. Formerly of Detroit, Loretta and her family had summered at their cottage in the Howell area since 1953, retiring there in 1985. She was a 1939 graduate of the Luther L. Wright High School in Ironwood and member of the First United Methodist Church in Howell.

Loretta, who never had an unkind word to say about anyone, was a very loving and nurturing person. She was the best mother and grandmother anyone could have.

Loretta was the beloved wife of nearly 60 years to the late Wayne J. Pihlaja, who preceded her in death on June 21, 2001; loving mother of Terry (the late Dianna) Pihalja of Brighton, Patsy (the late Gerald) Lynch of Belleville, and John (Diane) Pihalja of Howell; and proud and adoring grandmother of nine grandchildren, 14 great-grandchildren and six great-great grandchildren. She is also survived by one brother and one sister. She was preceded in death by four brothers and two sisters.

Due to current COVID-19 conditions, Loretta's service is being held privately by her family. Interment will take place at Harger Cemetery in Howell.