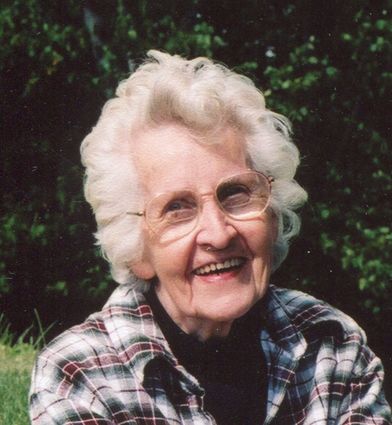 She was born to Matti and Elina Pikka in Wakefield, on Jan. 15, 1917. Helen graduated from Wakefield High School in 1935.

Helen was united in marriage to Waino L. Aili in Ironwood, Michigan, on Jan. 14, 1939. In 1957, they were called to Esko, where her husband served as pastor of the Apostolic Lutheran Church until his passing in 1964. She lived in the Esko home which was built for her and her children by the church and surrounding communities in honor of her husband. There she resided for 56 years doing what she loved most, serving her Lord and Savior Jesus and her family. We know she is now safe in His everlasting arms.

She was preceded in death by her parents; infant daughter, Christine; daughter-in-law, Carol Aili; son-in-law, John Grussendorf; and five brothers and four sisters.

The family would like to extend their gratitude for the loving and compassionate care she received from numerous care givers, along with the St. Croix Hospice team.

A private family service will be held at her request. Arrangements are entrusted to Atkins Northland Funeral Home of Cloquet. Letters and cards of condolence may be sent to the family via the funeral home at 801 14th St., Cloquet, MN 55720.

To sign the guest book and offer an online tribute, visit atkinsnorthlandfuneralhome.com.