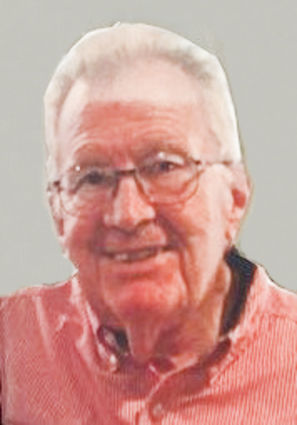 IRON MOUNTAIN, Mich. - Richard A. Game, 87, of Iron Mountain, went on his journey to the other side on Thursday, May 21, 2020, at Manor Care Nursing and Rehab., Kingsford.

He was born in a log cabin in rural Pine Level, North Carolina on April 1, 1933, son of the late Richard A. and Noma D. (Alan) Game. At the age of 6, his mom, Noma and stepdad, Sam brought him to Chicago. Richard attended Odgen Grade, Crane High and Wright College schools. At the age of 9, Rich sold newspapers on the corner in downtown Chicago and in high school he was a delivery boy and had soda jobs.

He served in the U.S. Army from 1955 thru 1956. Upon his honorable discharge he was in the reserves and then attended Columbia College of Broadcasting. In the evening from 1957 until 1964, Rich had the first FM stereo radio show in the Chicago area on WKFM. He was also an account executive for ABC Radio Network and in 1971 went to CBS Radio Network until 1991. Rich loved his jobs and territory all over the U.S.

Rich was united in marriage to Joyce E. Burkee, on April 12, 1958, at Thoburn Methodist Church in Chicago. Together they traveled the world and shared many fond memories. They had owned and operated North Country Store and Motel and while there Rich worked at The Radio Station in Eagle River, Wis., the Eagle Radio Station in Baraga, and the Porky Press News.

Rich was an artist, wrote many articles, played the harmonica down the halls of ManorCare, was a checkers champion in high school, enjoyed bowling, and belonged to the Cultural Awareness Council, men's choir, the Lions Club and the National Association of Broadcasters. He especially loved the time spent with his family and friends.

All those that knew Rich are blessed with his RICHness. We send you on your adventurous "new journey" with love, blessings and joy which you naturally instilled in your family and friends.

In addition to his parents, Richard was preceded in death by one son, Richard Game Jr .; two sisters, Mozelle and Margaret; half-brother, Roy; in-laws and best friends, Red, Barb, Don C., Gwen and some of his CAC group.

In accordance with Richard's wishes, private family services will be held.

"As your spirit soars free, we sing 'Ooh La Cherished One.' Go in peace. We are your hearts children. You gave us love and strength. We are so grateful. Our arms are around you to soften the journey. Your life lives on through all of us. God Speed."

The family would like to thank all the staff at Victorian Pines and ManorCare for their care and compassion.

You may leave a condolence or tribute for Richard's family online at JacobsfuneralHomes.com

The family has chosen the Jacobs Funeral Home and Cremation Services, Iron Mountain, to honor Richard's legacy of life.