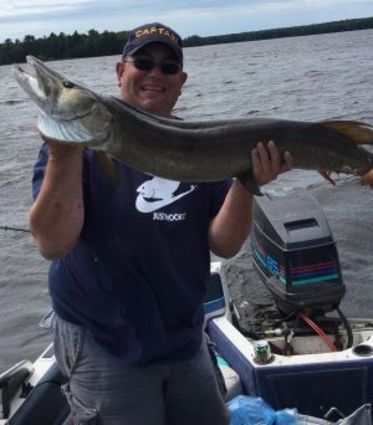 He was born in New Castle, Indiana, on Feb. 8, 1973, son of Robert Craig and Carolyn (McDivitt) Craig. He graduated from Tri High School in Straughn, Indiana, in 1991. After this, he studied at Indiana University East where he fell in love with radio and got his first radio gig. He then worked at Valeo in Greensburg, Indiana, for some time; and later Sean pursued his love of radio becoming a radio personality for local Shelbyville, Indiana, stations, which suited him to a T with his love of entertaining and making others laugh.

Sean married Brandy Hilt on Aug. 2, 1998; and they have two sons, Liam and Aidan. The family lived in Indiana until 2012 when they moved to the Upper Peninsula of Michigan. Here, Sean was determined to continue his radio career and made a name for himself as program director at WIMI 99.7.

He is preceded in death by one of his Wolfpack members, Douglas Raab, and his grandparents, Cleo and Ellsworth McDivett, and Luther and Leota Craig.

He would tell you his biggest accomplishment in life was one of two things - one, being blessed with his sons, Liam and Aidan, and two, catching the biggest muskie of his life in Flambeau.

A memorial service will be held at Range Community Bible Church in Hurley, at 10:30 a.m. on Saturday, May 30, with Pastor Dale Harris, officiating. Memorial contributions can be made to the Craig Family Go Fund Me page or to the Range Suicide Prevention Council, 308 E. Tamarack St., Ironwood, MI 49938.

The family has chosen Range Cremation Services of Hurley to honor Sean's legacy of life. You can leave a condolence or a tribute at rangefuneralservices.com.