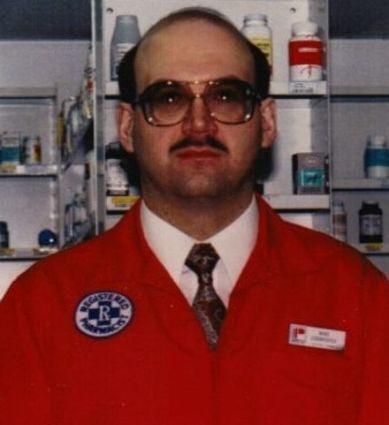 Michael was born on May 13, 1958, at Divine Infant Hospital in Wakefield, a son of Mathew and Rose (Petroff) Jurakovich. He attended Ramsay School and then A.D. Johnston High School in Bessemer, graduating with honors with the class of 1976. Michael went on to get a degree in pharmacy from Ferris State University in Big Rapids.

Michael was a hard worker. He started working many odd jobs from the age of 16 and then started his career in pharmacy. Michael worked at various pharmacies throughout the Upper Peninsula and concluded his career at a Kroger Pharmacy in downstate Davison.

Michael returned to Ramsay in September 2011. He would have loved to continue working but his body was giving up. Michael was true to his horoscope sign, Taurus. He could be stubborn, but he always would be present when his family needed him.

Michael made all of us very proud of him. He will be dearly missed. We will go on with heavy hearts. We hope your suffering is gone. God Bless!

Michael is survived by his mother, Rose; a sister, Elizabeth; many cousins; and very dear friends, James Favero and Richard Favero.

He was predeceased by his father, Mathew; a brother, Gary; his maternal and paternal grandparents; and aunts, uncles and cousins from both sides of his family.

Hopefully, you can get that boat you always wanted or a ride in one. Happy sailing from now on Michael!

We would like to especially thank Jim Favero for all that he did for Michael and continues to do for Rose to this day. He is a guardian angel.

At the family's request, cremation will take place and no funeral service will be held.

Lakeside Memorial Chapel Inc., in Wakefield, is assisting the family.