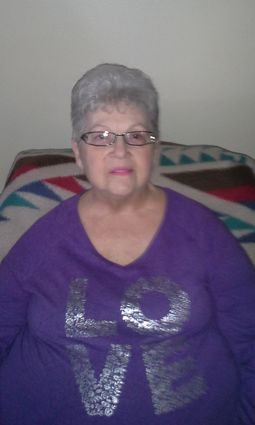 PARK FALLS, Wis. - Bonita "Bonnie" Mae (Steiner) Joustra, 80, of Mercer, passed away peacefully with family by her side on Wednesday, May 20, 2020, at Rivers Edge Extended Care Unit in Park Falls.

Bonnie was born on Sept. 5, 1939, to Arnold and Evelyn (Smart) Steiner of Butternut. She attended Butternut K-12 School, was a drum majorette for the Butternut marching band and graduated from Butternut High School with the class of 1957.

Bonnie was a fun, kind, loving person. She loved music, dancing and her family. Bonnie's priority was putting her family first; her husband, children, grandchildren and great grandchildren were her love, joy and happiness. Bonnie and Henry owned Bonnie's Café in Butternut from 1968-70. Later, she worked as a cook at Coachlite Lounge and Restaurant and also as a cook and bartender at Al and Betty's Around the Corner Pub. Bonnie finally retired and stayed home to watch her grandchildren, which brought her the greatest joy of all, until her great-grandchildren came along years later.

A graveside service will be held at the Mercer Cemetery on Saturday, June 13, at 11 a.m.

A special thank you to Bonnie's nieces, Sarah Chrouser and Stephanie Steiner, for all their kindness and compassion, especially the last week of Bonnie's life.

Bolger Cremation and Funeral Services of Woodruff and Minocqua is serving the family.