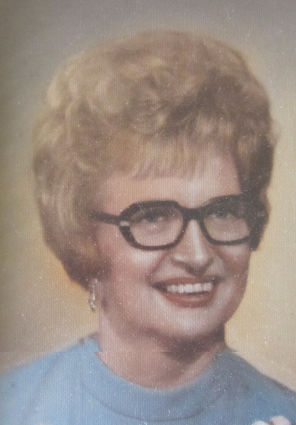 The former Elsie Ilona Hagman was born April 23, 1926, in Ramsay. Her parents were Jaako Hagman, born in Ylistaro, Finland, and Anna Kolehmainen, born in Kiiminki, Finland. Preceding in death were her husband for 58 and a half years, Donald Nevala; and siblings, Tena, Irene, Gertrude, Bertha, Mayme, Jack and Wilbur.

In August 1927, Jaako was hit and killed by a train while walking to his place of work, a lumbercamp. Elsie was only 16 months old, so she never got to know her father.

In August 1930, her mother married Hjalmar Piispanen, born in Kivijarvi, Finland. Born to that union were Eleanor and Helvie.

Elsie attended Ramsay School from kindergarten through ninth grade. She then attended A.D. Johnston High School in Bessemer, graduating in 1944.

Her interest in the accordion began when she was in eigth grade. Her stepfather was influential in her playing the accordion. He played a two-row button accordion. She became an accomplished musician and played at many weddings, dances and programs.

She met her future husband, Donald Nevala, when playing at a new year dance. They were married Oct. 5, 1946 in Ironwood. A reception was held in the Ramsay Town Hall.

She always wanted to be a beautician or a civil worker. With her husband's encouragement, she enrolled in beauty school in Duluth, Minnesota. A week later she celebrated her 41st birthday.

In 1969, she bought the Charm beauty salon in downtown Ironwood. Ten years later she opened a new shop where the Fabric Shop was. She sold the shop in 1984. Two years later, she was diagnosed with

breast cancer, had surgery and three tiny tumors were removed; all went well.

Elsie's Finnish heritage ran deep in all aspects. She was fluent in speaking, reading and writing the Finnish language. She and Don were members of the Finnish-American Society for many years. They were among the founding members.

The FAS built Little Finland's hall in Kimball, Wisconsin. She directed the Finnish chorus and accompanied on her accordion. When the group organized a dance group, she was the musician. In 1974, the dancers went to Washington D.C., Finland was the featured country and they were asked to perform their folk dances. It was brutally hot that week.

Elsie also played at the Milwaukee AFS Christmas dinner and dance. Lutefisk was one of the entrees, (Yuck). A gift shop funded by Elsie was added to Little Finland.

Elsie was also an avid reader. She enjoyed true history stories. She was very knowledgeable about Finland's history.

After a January 2004 stroke, she gave up the accordion. However, she continued to be an active member of the FAS.

She was not a "what if" person, and she didn't take problems to bed. She had no trouble sleeping.

She will be deeply missed by two sisters, Eleanor and Helvie; a sister-in-law, Ivy Nevala; many, many nieces and nephews; and many friends.

She is now in the House of the Lord.