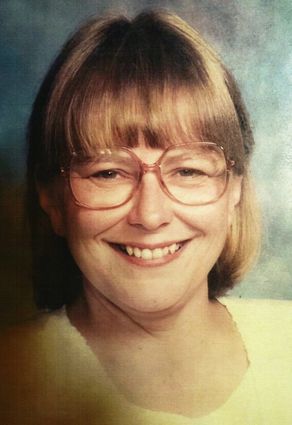 JoAnn was born on Oct. 2, 1953, at Divine Infant Hospital in Wakefield, a daughter of Eino Matt and June Johanna (Wiita) Haukkala. She attended Wakefield High School and graduated in 1971.

On Sept. 9, 1972, JoAnn was united in marriage to Eugene Francis Lane in Wakefield. They were blessed with two sons.

JoAnn worked for the Internal Revenue Service in Pennsylvania, was a certified nursing assistant at the Gogebic Medical Care Facility in Wakefield, was in private home care and then was employed in the finance department, specifically payroll at Copper Range Company. JoAnn concluded her career as the proprietor of Harbor Town Café in Ontonagon, and was very well known for her cooking. She was a friendly and kind person, who warmed the hearts of many.

JoAnn is survived by her beloved husband, Gene Sr .; two sons, Gene Jr. and Darek, her son-in-law, Wayne Bulliss and daughter-in-law, Heather Lane, who all reside in Pennsylvania; a brother, John (Toni) Haukkala, Wakefield; a sister, Janel (Rick) Miskovich, Ewen; other loving relatives including, her sister-in-law, Anita Brass; and her bestie, Julie Anderson.

At the family's request, cremation will take place.

A celebration of life will be held Thursday, July 2, beginning at 3 p.m., CDT, at the John Siira Pavilion at Eddy Park on beautiful Sunday Lake in Wakefield. The Rev. Rosemary DeHut will officiate. A picnic lunch will be served following the service.