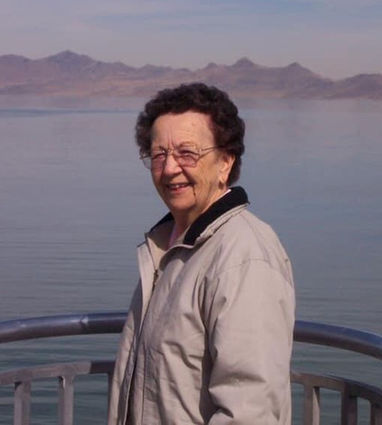 She was born in Bergland, on Oct. 3, 1925, the daughter of Henry and Sarah (Freed) Barthels. She attended school in Bergland and went on to attend Central Michigan University.

During World War II, Marjorie worked at Collins Radio, soldering radio parts. It was there she met and married Charles Fisher on Aug. 5, 1947. In the 1960s and 70s, she worked at the intermediate school district office as a secretary for the superintendent.

She will be remembered for her "famous fudge" and tendency to play the piano and sing whenever the mood struck her.

Besides her parents, Marjorie was preceded in death by her husband, Charles; two brothers, Carl and Henry Jr .; and two sisters, Mabel and Emma.

A graveside service will be held at Lake View Cemetery in Bergland on Oct. 3, at 1 p.m.