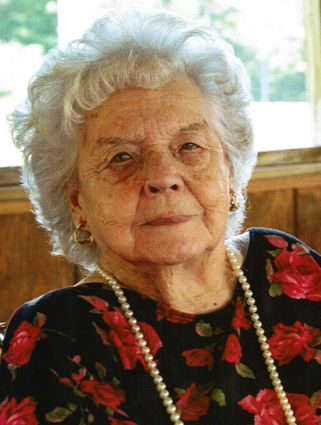 June was born on June 19, 1925, in Wakefield, a daughter of John and Elli Maria (Linn) Kangas. She attended Wakefield High School and graduated in 1943.

Following graduation, June moved to Milwaukee and worked at Cutler-Hammer in their inspection department for one year. During World War II, she relocated to Portland, Oregon to support the war effort and was a welder.

On March 8, 1947, June was united in marriage to Marco Whitley at Zion Lutheran Church in Ironwood, by the late Rev. Jacob Hirvi.

June was a dedicated member of Messiah Lutheran Church in Marenisco, held different positions in the Ladies' Aid, taught Sunday school and was the organist for more than 50 years.

June was employed at Trueflight Manufacturing Company in Manitowish Waters, Wisconsin for four years. Then, she was a proud grandmother babysitting for Derald and Judi's children.

Her hobbies included bowling and golfing.

She was preceded in death by her parents; her loving husband, Marco; two sons, Terry John and Derald Lee; an infant daughter; her daughter-in-law, Mary Whitley; her sister and brother-in-law, Ruth and Mike Connor; and her brother and sister-in-law, John and Margaret Kangas.

The family is honoring June's life in a private funeral service at the Marenisco Cemetery, with the Rev. Roy Speck officiating. Due to CDC guidelines, masks are recommended and social distancing will be observed.