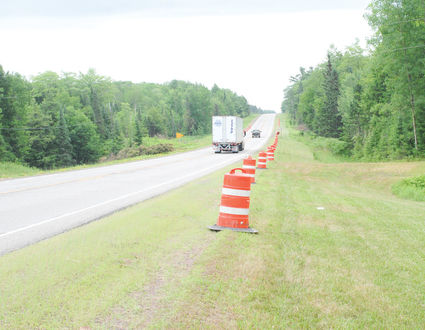 CONSTRUCTION BARRELS line a section of U.S. 2 west of Saxon Wednesday as work gets underway on several culverts between Clement and Curry roads.

The $879,203 project centers around three culverts between Curry and Clement roads west of Saxon, according to a Wisconsin Department of Transportation construction update, and is expected to run through mid-September.

Although no culverts will actually be replaced, according to the WisDOT update, two pipes will be receiving a liner and a third pipe will be abandoned in favor of a replacement pipe ins...