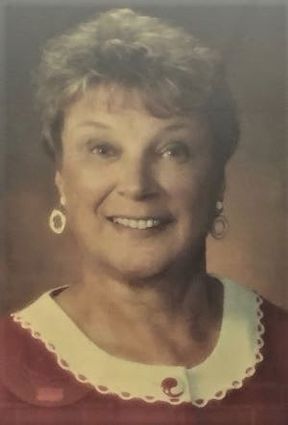 She was born Dec. 8, 1937, in Ironwood, daughter of the late Raymond and Alice (Saippa) Simmons Sr. She attended St. Ambrose Grade School and graduated from St. Ambrose High School in 1955. After moving from Ironwood following graduation, Alicia worked as a secretary in Chicago and then as a secretary at American Motors in Milwaukee, before returning to Ironwood in 1964. At Gogebic Community College, she worked as the administrative assistant to the president retiring in 1996.

On Aug. 2, 1958, she was united in marriage to Ted Schmalz at St. Ambrose Catholic Church in Ironwood. They welcomed baby Teddy, born April 3, 1973, into their home and was the joy of their lives until he tragically passed away in a swimming accident on Sept. 18, 1988.

Alicia loved her home in Bessemer which was built for her and Ted on a beautiful 20-acre wooded parcel with wildlife and desirable greenery. She enjoyed gardening, snowshoeing, collecting dolls, antiques and jewelry. Alicia was a gifted pianist with the most beautiful singing voice and had a great love for her German shepherds. She was an avid participant in the lives of her nieces and nephew and was very proud of her status as "honorary grandmother" to great-niece Teddi Hubert, named after her son Teddy. Alicia and Ted remained active and devoted members of St. Sebastian Catholic Church in Bessemer.

Alicia is survived by her beloved husband, Ted; two brothers, Raymond (Gloria) of White Pine and Brian of Wakefield; sister, Marguerite (Allan) Koski of Negaunee; sister-in-law, Mary Lou Lorenson of Ironwood, as well as many nieces, a nephew, and their families.

A Mass of Christian Burial will be held on Saturday, Aug. 1, at St. Sebastian Catholic Church in Bessemer at 11 a.m. with Fr. Dominic Agyapong as celebrant, preceded by a visitation from 10 a.m. until the time of the Mass. A luncheon will be held in the church hall after returning from the cemetery.

Rites of committal and interment will be in Hillcrest Cemetery in Bessemer following the Mass.

The family has chosen McKevitt-Patrick Funeral Home of Ironwood to honor Alicia's legacy of life. You can leave a condolence or a tribute at mckevittpatrickfuneralhome.com.