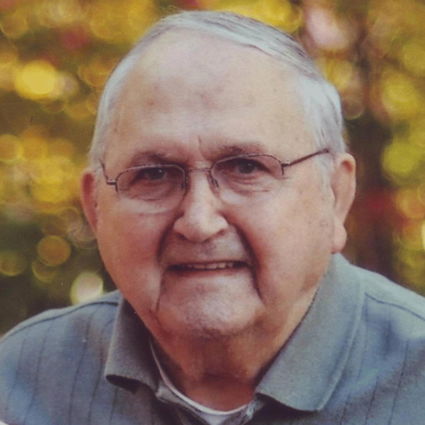 NEW IPSICH, N.H. - James Alvin Bertram, 92, of New Ipswich, passed from this life to eternity on Sunday, July 26, 2020, after a brief period of failing health.

Born in Bethesda, Kentucky, on Nov. 11, 1927, to Leslie and Cora (Lester) Bertram, James attended local schools. His mother passed away when he was 7 years old, and after some time he lived with his older sister Eva and her husband. He called Eva his second mother.

He married Elma Suvanto on July 26, 1950, in Waukegan, Illinois. James passed away on their 70th wedding anniversary. After marriage they lived in Chicago for a short time before moving to Ironwood, Michigan, where they raised their family.

He was employed at Kraft Foods in Chicago, where he first met Elma. In Ironwood, he also worked in an iron mine, construction, and as a painter for the Ironwood Area Schools. After retirement James and Elma moved to Florida for a few years and then to New Ipswich.

He was a member of the Apostolic Lutheran Church where he heard the Word of God and was given a day of repentance and faith. He appreciated God's grace given him and the love and care of fellow Christians. He loved his wife and family, gardening, and making firewood.

He was preceded in death by his parents; and siblings, Hubert, William, Roy, Eva, Brady, A.D., Rose and Ruth.

All services will be held at the Apostolic Lutheran Church at 117 Goen Road in New Ipswich. Visitation will be on Friday, July 31, from 2 to 3:30 p.m. A funeral service will be held the same day at 4 p.m. Burial will follow at Smithville Cemetery in New Ipswich.