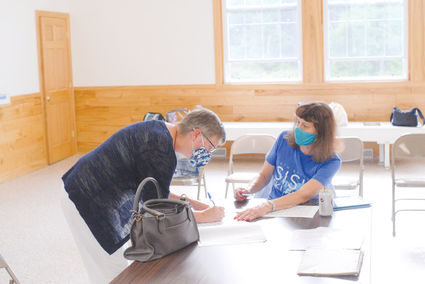 Hurley - The November ballot is continuing to take shape in Wisconsin as Tuesday's primary formalized several of this fall's contests.

There were no contested races in Tuesday's election, however, voters decided who would represent their respective parties in a variety of federal, state and local elections in the Nov. 3 general election.

The only unknown Tuesday, whether write-in candidate Doug Muskett would receive enough votes in the Democratic primary for district attorney to qualify for the November ballot, was answered when Muskett surpassed the 200 votes needed with a total of 292 votes across Iron County.

The county's current treasurer, Clara Maki, and register of deeds, Dan Soine, received 791 and 782 votes in their respective Democratic primaries. No Republicans appeared on the ballot in those two races.

In the race to see who will represent Iron County and the rest of the 7th Congressional District in Washington next term, Tuesday's contest set up a familiar match-up as Democrat Tricia Zunker and Republican Tom Tiffany each won their unopposed primaries across the district. In Iron County, Zunker received 746 votes, and Tiffany had 599 votes. Zunker and Tiffany previously faced off in the special election in May that Tiffany, R-Hazelhurst, won to finish the remainder of former Rep. Sean Duffy's term following Duffy's resignation in 2019.

Beth Meyers, D-Bayfield, received 759 votes in Iron County in the Democratic primary as she seeks another term representing the 74th District in the State Assembly. James Bolen received 558 votes in Iron County's Republican primary on the way to a district-wide victory and will face Meyers in November.

Although the U.S. Constitution Party also had a primary Tuesday, no names appeared on the Iron County ballot.