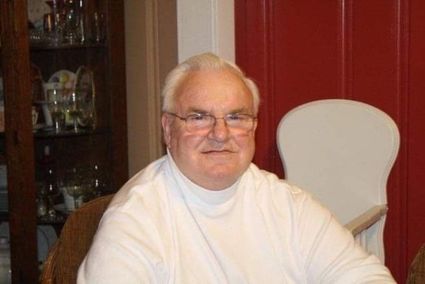 LIVONIA, Mich. - John Robert "Jack" Clark, 73, a long-time resident of Livonia, was welcomed into the arms of our Lord on Aug. 17, 2020, following a brief battle with cancer.

Jack was born on Jan. 30, 1947, in Ypsilanti, to Arthur and Lillian Clark. He attended Central School in Wakefield and graduated from Wakefield High School in 1965, where he was honored as an All M-W Conference and All-U.P. football player. Teammates regarded Jack as a model of consistency, perseverance and dedication.

Following graduation and brief stints of employment with Connor Lumber and Land Co., and White Pine Copper Co., Jack secured long-term employment with General Motors Corp. and Detroit Diesel. His distinguished career afforded the opportunity to enjoy travel to a multitude of scenic sites and to create many incredible friendships.

Jack is survived by his beloved wife of 47 years, Ruth; her six sisters; a brother, Keith (Karen) Clark, Wakefield, and their two daughters, Misty Delich and Karla Semenak; and nephew, Kevin Grace and family. Also surviving are many other nieces, nephews and cousins; along with two life-long companions, John Valesano and former Thomaston Location neighbor, Rosemary Jurkovich, who occupied a special niche in his heart.

He was preceded in death by his parents; sister, Della Grace (Ray); brother, Jim (Judy); and nephew, Todd Clark.

A celebration of life service was held at the Harris Funeral Home with interment at Parkview Memorial Cemetery in Livonia.

Expressions of affection in a charitable contribution in Jack's memory are suggested to the Salvation Army or the American Cancer Society.

"Some special souls find their way to us as examples of pure good. Jack Clark came to us a gift, a treasure, a man whom we now hold in precious memory. His work here done, he has taken his smile back to sweet comfort, reunion and relief, which is his reward for spirit work well done. We send you on your way with tears of joy and will see you on the other side, a place now well deserved. Jack, you've left a part of you behind with so many and we thank you, friend. God Speed."