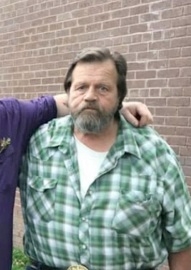 Lonnie was born on June 25, 1950. He grew up in Ironwood Township on the family farm. He was known by everyone, and even if you didn't know him, he would still talk to you like he knew you for years. He could talk to anyone. He was a man of many trades. He was a proud heavy equipment operator, truck driver, construction worker. The list is endless. Lonnie loved to work.

Lonnie was a gentle giant. He was a man of great physical strength, but he had a caring heart. When his daughter was young, she saw him as the man who could fix anything. Whether it was a scraped-up knee, an upset tummy, or a broken toy, her dad was the one to always fix it.

Lonnie was preceded in death by his wife, Karen Niemi; his parents, John and Bertha Niemi; and his grandson, Eli Niemi.

He is survived by his children, Lonnie, Doug and Dana Niemi; his sister, Delores Tom; his brothers, John, Daniel and Eric Niemi; his grandchildren, Jory Vernetti, Brayden Blashack, and Emaleah, Elsa, Eliana and Evairah Niemi; his great-granddaughter, Ameleah Vernetti; his nephew, Brian Niemi; and his ex-wife, Amy Niemi.

A day of remembrance will be held; however, due to COVID-19, the date is to be determined.

"You have sorrow now, but I will see you again, and your hearts will rejoice, and no one will take your joy from you." - John 16:22