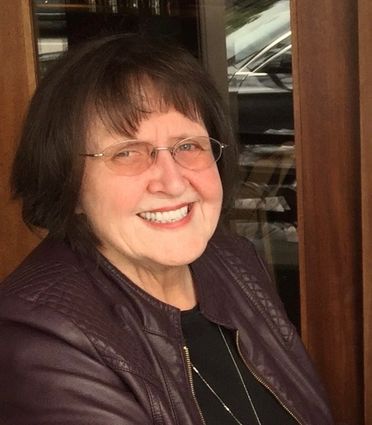 CUPERTINO, Calif. - Joan Hantula Miller, 78, of Cupertino, passed away in peace on Thursday, August 27, 2020, with family by her side.

She was born to the late Gust and Mary Hantula on July 28, 1942, in Ironwood, Michigan. Upon graduating from Luther L. Wright High School, she moved to Ann Arbor where she worked for the University of Michigan. There she developed her life-long love of Michigan football and the marching band. You could often hear her singing the Michigan fight song on any given Saturday in the fall.

Joan had a great sense of adventure which prompted her to move to California, sight unseen. She headed to San Francisco, a city that would capture her heart. There, she met the late William (Bill) Miller through a mutual dear friend. Joan was a fun-loving person who loved to laugh. The night she met Bill, an introverted New Yorker, she made quite an impression by throwing a cream pie in his fac- and the rest was history! They married in 1964. Joan and Bill lived in Long Beach, San Diego and New York, before settling in Cupertino in 1966.

Joan is survived by her three children, Bill (Heather), Patti (Ricardo) and Kirsten (Steffan); as well as two grandchildren, Trent (15) and Shane (13). Joan shared a special bond with her grandsons who were the center of her universe. She was predeceased by her husband, Bill, in 2008.

Joan had an infectious, positive energy that always lit up a room. She was an incredibly loving and caring mother and Grammy. Joan was a loyal friend and neighbor, and someone that people were just drawn to because she made everyone feel important.

Passionate about her family history and Finnish heritage, Joan spent a lot of time with her extended family of cousins in Michigan, attended Finn Fest, baked Finnish bread at the holidays and visited her grandmother's ancestral home in Finland. Joan also had a passion for helping others and volunteered for the Aris Project which provides services to residents of Santa Clara County who are affected by HIV. Working as a one-to-one support volunteer, she provided emotional support, practical assistance and companionship to individuals in the program.

In lieu of flowers, donations can be made to Glide Programs (San Francisco) of which Joan was an ardent supporter, especially the Free Meals Program.

Joan's spirit will live on through her children, grandchildren, extended family and friends.