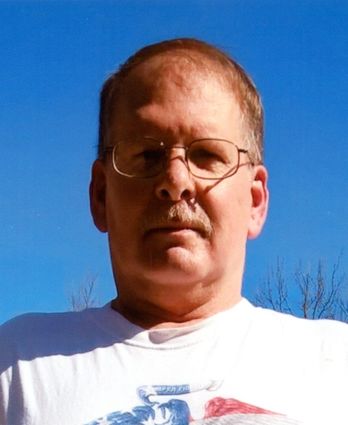 NORTH VERNON, Ind. - Wayne John Komsi III, 59, of North Vernon, passed away on Sept. 1, 2020, at his residence. Though taken too soon, he has planted a part of him in every person that he has met. Wayne's World will continue on in all of us. He will be greatly missed as husband, father, brother and friend.

Wayne's early childhood was spent traveling the states as military "brats" often do. He spent most of his growing up years hunting, fishing and enjoying outdoor life in Montreal, Wisconsin, with his family. He graduated from St. Ambrose-Ironwood Catholic High School in Ironwood, Michigan.

Soon after, he went on to serve in the U.S. Marine Corps until his retirement as CWO II in 2003 after having served for 20 years. He was also awarded the Navy and Marine Corps Commendation Medal, the U.S. Army Commendation Medal, the Navy and Marine Corps Achievement Medal, and the Good Conduct Medal with four Bronze Stars. He was also attached to the barracks rifle and pistol team competition in the Eastern Division matches. Wayne's service included Operation Desert Shield and Desert Storm, and Operation Iraqi Freedom. He was also stationed in Okinawa. He later worked security for Securitos in Indianapolis and Columbus, in addition to having worked for Cummins Engine Company.

A Marine through and through, he was a man whose purpose was to help others. Many winters he could be seen removing snow from local properties and spending hours pulling strangers out of ditches. He spent most of his time helping others fix things before fixing his own. He would never admit it, but he was a softy for any stray animal that was brought home. Wayne was also a jokester at heart; a goofball that always loved making everyone laugh.

His memberships included the Amvets Post 7, Moose Lodge 576, Fraternal Order of the Eagles, and a lifetime membership to H.O.G. (a Harley-Davidson riders group). One of his true passions was riding his Harley-Davidson motorcycle.

A funeral service with military rites for Wayne was held at 5 p.m. on Monday, Sept. 14, at Dove-Sharp & Rudicel Funeral Home and Cremation Service in North Vernon. Family and friends called at the funeral home from 3 p.m. until the time of the service on Monday. Graveside services with military honors will be at 11 a.m. on Thursday, Sept. 17, in the Riverside Cemetery in Ironwood.

Memorials may be made through the funeral home in Wayne's honor to the Matt Hester VFW Post 2021 in North Vernon.