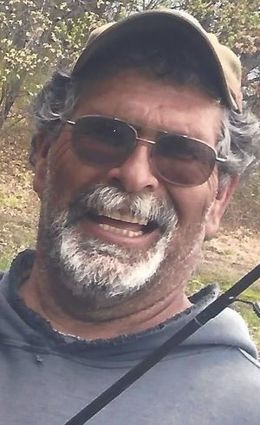 Chief attended elementary school in San Diego, and then moved to Ironwood with his parents and brother where he attended Ironwood Area Schools. He attended Luther L. Wright High School where he played football and graduated in 1975. He furthered his education at the University of Wisconsin-Superior, where he had a successful football career with the UWS Yellowjackets. He moved on to complete his Bachelor's degree at Central Michigan University where he also played football for the Central Michigan Chippewas. He obtained a Master's Degree later on while teaching in Ironwood.

Chief began his teaching career as a substitute teacher in 1983 at Luther L. Wright High School. He eventually started his full-time physical education teaching career in 1984. At this time, he also started coaching the Ironwood Red Devils as an assistant coach in both football and boys and girls track, eventually becoming head coach in both. He was able to coach his daughter, Jenna, and his son, Craig, during their track careers at Luther L. Wright. He retired in January 2008 with multiple winning seasons, U.P. track titles and football playoff wins.

In addition to his teaching and coaching, Chief also owned and operated Chieftan Kennels in Ironwood, Michigan which he started in 1983. It started with THREE kennels and expanded into 24 kennels in its 35+ years of operation. During his summers off from teaching, he devoted his time to training not only locally owned dogs but also many out-of-state dogs. He did boarding and obedience training and he found much success with retriever hunt testing. He started field trialing retrievers in the early 90s, sending several of his own dogs down south for winter training until he retired from teaching and took on a full-time dog training role. He spent 11 winters in Texas with his wife training and field trialing, retiring from that in 2018. He left the field trial circuit having accumulated hundreds of ribbons and multiple field trial champions. He continued operations training retrievers and pointers up until his passing.

Chief was an avid upland game hunter, taking many trips to Canada and South Dakota with his hunting buddies. He enjoyed fishing and spending time at his cottage in McGregor, MN on Big Sandy Lake. He was an active member of many retriever field trialing clubs across the upper Midwest, attending Master Nationals. He was also a contributor to Ducks Unlimited and Ruffed Grouse Society. His interests also included trapping which he enjoyed doing with his oldest son, Craig.

Athletics has always played a big part in Chief's life.  He enjoyed weight training and powerlifting, and he incorporated that into his own sports programs as a coach. He was involved with the local Polar Bear Hockey Club where his son, Craig, played for many years. He always enjoyed watching his college football on Saturdays and NFL football on Sundays. He will always be remembered for his passion and dedication out on the field. Many of his former players still call him coach and still hold the utmost respect for him to this day.

Chief will be greatly missed and his passing will leave a giant hole in our world. His family and anyone who knew him will always remember his loud, infectious laugh and silly sense of humor. He was a man of honor and truth. He was definitely one of a kind and one of the best. From teaching/coaching to dog training, he had a huge impact on so many lives. We are all better people for having known him and are eternally thankful for the time we shared with this amazing man. He will never be forgotten and the spirit of who he was will always live within the people who loved him.

He was preceded in death by his parents, James A. Sr.and Mildred V. Davis.

At Chief's request, there will be no memorial service. His family will take him to his favorite place, his cottage in McGregor, Minnesota, and lay him to rest alongside his parents on Big Sandy Lake.

The family has chosen McKevitt-Patrick Funeral Home of Ironwood to honor Chief's legacy of life You can leave a condolence or a tribute at mckevittpatrickfuneralhome.com.