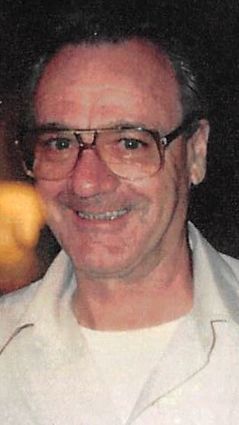 Ev was born in Pence, Wisconsin, where he lived most of his life, on Aug. 24, 1932, son of the late of Peter and Madeline (Bracket) Smee. He was a veteran having served in the U.S. Army. Upon his return to Pence from the service, he worked at White Pine Mine for many years.

Ev was offered the opportunity to be a federal mine inspector, which required he and his wife, Carmen, to relocate to Maine and then to West Virginia. He was responsible for inspecting the safety of mines and reporting any unsafe conditions. Having worked in mines himself, he was very diligent in his inspections and reporting. He shared many stories of what he saw in the mines.

Upon retirement, Ev and Carmen returned to Pence where he enjoyed being close to family and friends. He was known for his quick wit and sense of humor.

He is preceded in death by his parents, Peter and Madeline Smee; wife, Carmen; daughter, Diane; son, Robert; brother, Edward; and sister, Bernice.

The family would like to thank all of those at Westgate Nursing Home in Ironwood for the wonderful care and the compassion showed to Ev while he was a resident.

Private services will be held.

The family has chosen McKevitt-Patrick Funeral Home of Ironwood to honor Ev's legacy of life. You can leave a condolence or a tribute at mckevittpatrikfuneralhome.com.