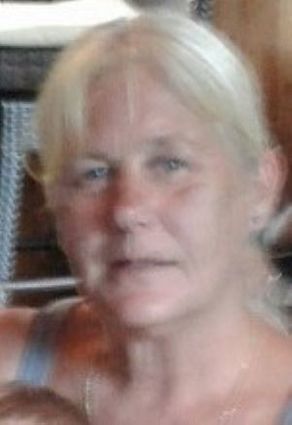 She was born on July 2, 1958, in Bessemer, Michigan, daughter of Gordon and Della (Connors) Kleimola. She spent her life in the region and was active in school as a cheerleader and involved in the drum and bugle corps.

Judy married Todd Doda in a sunset wedding on the beach in Key Largo in 1979. They celebrated their 25th anniversary by renewing their vows in a Las Vegas wedding with Elvis. She was the love of his life. She spent most of her adult life working at North Star Beverage being the glue that kept the office together.

Her extended family was around for weekly events, holidays and games. She enjoyed watching the Brewers, Badgers and Packers, and was the epitome of a true hostess: putting out enough food for a small army.

She was preceded in death by her parents, Gordon and Della Kleimola, with her mom passing earlier this year.

Judy is survived by her husband, Todd; children, Candy Torres (Dave Ramme) and Andy Doda (Jessica Smith); grandchildren, Owen, Carly, Jordan and Jaiden; brothers, George (Nina) Kleimola and Steve Kleimola; and nieces and nephews. She had been enjoying her Fridays watching Jordan and trying to keep up with his energy.

The world lost a truly wonderful soul in Judy. A true family matriarch whose reach extended beyond her immediate family and touched the lives of so many. She had a heart the size of the moon, and it showed in every aspect of her life.

As per her wishes, cremation will take place and no services will be held. In lieu of flowers or donations, she would want you to help out a child in need.

The family has chosen Frick-Zielinski Funeral Home of Bessemer to honor Judy's legacy of life. You can leave a condolence or a tribute at rangefuneralservices.com.