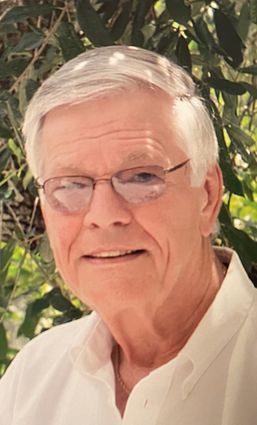 Don spent his years growing up in Bessemer, graduating from A.D. Johnston High School. Two years after high school he met and fell in love with Karen Ellen Ahonen. The couple wed on June 22, 1963, in Ironwood, Michigan. He graduated from Ferris State University with a bachelor's degree in pharmacy, and shortly thereafter, they opened their first pharmacy in Ironwood.

There they raised three sons, Todd, Alan and Scott. Don was active in the local community with the Rotary Club, local hockey club and Zion Lutheran Church. He loved spending time at their cottage on Lake Gogebic, Michigan, where he enjoyed boating and relaxing with family and friends. He served on the Executive Board of the Michigan Pharmacists Association, the American Pharmacist Association as a state representative and was on the Board of Directors for Community Health Accreditation Partner.

In 2000, they permanently moved to Fort Myers, where they had vacationed for over 20 years. Shortly after selling their businesses and retiring from health care, Don established a successful second career as a Realtor. They lived in the Verandah community in Fort Myers where he enjoyed boating and meeting friends at their local country club.

Beyond being a loving husband and father, Don was known for his good-nature, honesty and being one of the most positive people you met. His enthusiasm and loving attitude were felt by everyone around him. He was a great role model for his children, his employees and anyone that met him.

Due to the COVID-19 concerns, rules and regulations, there will only be a private virtual service.